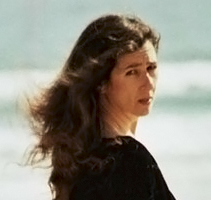 She was winner of the “Prix de Virtuosité” at Geneva Conservatory, Finalist of the Rome International Competition; she also won 1st prize and gold medal in San Bartolomeo Chamber Music competition. Wanting to further her studies, she was invited to work as repetiteur for the Grand Theatre de Geneve, where she learned opera repertoire and lieder and working with the chorus.

After two years she decided to work as soloist and travelled around Europe and United States playing recitals and collaborating also with violinist Miha Pogacnik, playing his complete tour schedule.

Diana has been giving conferences in many different forms. She has played at the World Economic Forum and many business associations as well as lecturing in piano conferences. Her particular interest is her role as musical advisor for the International Women’s Artist association and has participated in the W.I.N (women’s international networking) conferences in Rome and Oslo and Sitges,Prague and Paris.

Diana has also started up a network for pianists, www.pianissimo.eu, to enable pianists local and international to exchange performances and ideas in informal meetings in her home town, Torredembarra (Tarragona). Diana owns a Fazioli piano.