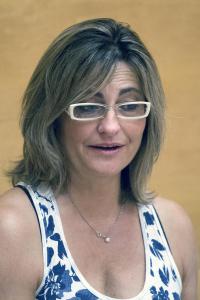 She holds a diploma in Willems Music Teaching, which she completed in Lyon (France).

Her professional career path has consisted of combining teaching and the administrative management of music schools.

Regarding the field of musical performance, she has been a member of the Scherzo Female Chamber Choir since 1992.